skip to main | skip to sidebar

INDIAN MUSICOLOGY REVISITED: WHY 'SHUDH SWARAS IN SHASTRIYA AND CARNATIC MUSIC TRADITIONS ARE AT VARIANCE? : 22 SRUTIS

Why Shudh swaras considered by the Shastriya sangeet and the Carnatic traditions are at variance?


However, it is noticed that contemporary Indian musicological traditions have modified their swara sthaanas in favour of the ancient Greek ‘Pythagorean’ system during the 20th century (which is based on the Western concept of ‘fractions’), by discarding the age-old Indian concept of ‘srutis’. (There is no ‘precedence’ anywhere in the Indian musicological literature for the employment of ‘fractions’ in place of ‘srutis’ in this manner and therefore, this development had come, in fact, as a “sudden change”! ).
Therefore, the viewers may observe that in the Carnatic traditions, sthaanas for the Suddha swaras are found modified as: Suddha Rishabha- 256/243, i.e. an equivalent of 1.65 srutis (approx 90 cents), Suddha Gandhara- 9/8, i.e. an equivalent of 3.74 srutis (approx 204 cents),  Suddha Madhyama- 4/3, i.e. an equivalent of 9.13 srutis (approx 498 cents), Panchama- 3/2, i.e. an equivalent of 12.87 srutis (approx 702 cents), Suddha Dhaivata- 128/81, i.e. an equivalent of 14.52 srutis (approx 792 cents) and Suddha Nishada- 27/16, i.e. an equivalent of 16.61 srutis (approx 906 cents).
Similarly, the Shastriya Sangeet had modified their age-old sruti-sthaanas into swara-sthaanas based on ‘Just Intonation’ models. Their modified swaras are: Shudh Rishabh- 9/8, i.e. an equivalent of 3.74 srutis (approx 204 cents), Shudh Gandhar- 5/4, i.e. an equivalent of 7.08 srutis (approx 386 cents), Shudh Madhyam- 4/3, i.e. an equivalent of 9.13 srutis (approx 498 cents), Pancham- 3/2, i.e. an equivalent of 12.87 srutis (approx 702 cents), Shudh Dhaivat- 27/16, i.e. an equivalent of 16.61 srutis (approx 906 cents) and Shudh Nishad- 15/8, i.e. an equivalent of 19.95 srutis (approx 1088 cents).
Swara-sthaanas other than those of the seven ‘Shudh srutis’ were described as ‘Vikrta’ swaras (i.e. artificially synthesized by humans by ‘sharpening’/ ‘flattening’ the Shudh swara-sthaanas). ‘Vikrta’ also means ‘deformed’.
The Carnatic tradition attempted to synthesize vikrta swaras by ‘sharpening’ the Suddha swara-sthaanas. For example, the Suddha Rishabha located ‘3’ srutis (approx 164 cents) above the Tonic was ‘sharpened’ by one sruti to obtain the ‘Chatur-Sruti Rishabha’ (i.e. at ‘4’ srutis or 218 cents) and ‘sharpened’ further by two srutis to obtain the ‘Shad-Sruti Rishabha’ (i.e. at ‘6’ srutis or 327 cents). Although, while doing so, the sharpened swara-sthaana of Rishabha intruded into the swara zone of Suddha Gandhara, such a process of evolving Vikrta swaras were accepted by the medieval Carnatic musicologists.
On the contrary, Shastriya Sangeet traditions attempted to synthesize vikrta swaras by ‘flattening’ the Shudh swara-sthaanas. For example, Shudh Rishabh located ‘4’ srutis  (i.e. at 218 cents) above the Tonic was ‘flattened’ by one sruti to obtain the ‘Komal Rishabh’(i.e. ‘3’ srutis / 164 cents). Such flattened Rishabh swara again intruded into the sruti zone assigned for Sadja; however, this process got the approval from their musicologists too!
In these processes, there were two major aberrations: firstly, the vikrta srutis intruded into the swara zones of other Shudh swaras; secondly, such inflexions (i.e. sharpening / flattening) were only ‘approximate’ because no one knew the measure of one or two srutis in “quantified” terms.
In stead of functioning in isolation, if only the musicologists of the North and the South had attempted to pool in their resources and taken an integrated view of all available assets, they would have soon realized that they were actually in possession of two distinctly different grouping of the ‘gramas’: one consisting of “minor” swaras (held by the Carnatic stream) and the other consisting of “major” swaras (held by the Shastriya Sangeet stream)!
While doing my research work on our ‘Ancient Music of 22 Srutis’, I have realized that the ‘Ancient Music’ has been shrouded in some mystery. It belongs to a pre-historic era and has been designed by a civilization that possessed a very high level of scientific knowledge! Before this civilization became extinct (for reasons unknown!), they had passed on their assets to our civilization in ‘condensed’ forms using some coding techniques. They had also left ‘keys’ in our systems for unlocking these codes hoping that our civilization would advance in terms of science and mathematics and would be able to crack these codes and retrieve their music some day!
One such ‘key’ was available to the Indian musicologists by way of the “one-sruti” Rule meant to transform the ‘Sadja-grama’ format into the ‘Madhyama-grama’ format. Had this been interpreted correctly, it would have helped the medieval Indian musicologists to discern the existence of two ‘different’ grouping of gramas: one based on “minor” srutis and the other based on “major” srutis. Such a step might have resulted in a giant leap forward in terms of unlocking the mysticism surrounding our ‘Ancient Music of 22 Srutis’. However, our medieval musicologists, for want of adequate mathematical tools, failed to interpret this “One-Sruti Rule” in this manner! If only the musicologists of the North and the South had synergized and pooled their musicological assets in stead of switching over to the Western concept of ‘fractions’, we could have unraveled more details related to this ‘Ancient Music’!  Our “Ancient Music of 22 Srutis” had, therefore, remained elusive to all of us till today!

Why 'shudh' swaras in Carnatic Music and Shastriya Sangeet are at variance?

Welcome to this 'blog' which addresses an important and contentious issue. I have traced the origin of this 'cultural difference' to an era as early as that of Bharata Muni and Dattila Muni. 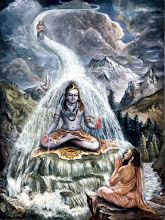